Just so that everyone is aware, we have moved our blog page to the New English Workshop Website. It is still run on WordPress and all of our followers will continue to receive notification emails as before but, if you are a visitor to this site and have not subscribed to follow us then you will need to head over to our New N.E.W. website.  So, why not subscribe to our blog while you are there?

Thanks to the many who are now following our blog and we hope you enjoy the new blog page as much as the old one!

DJ and I are really delighted to announce that our new N.E.W. website is now live. We have a hugely exciting series of courses ready for 2015 featuring Chris Schwarz, Peter Follansbee, David Barron, Jeff Miller, Tom Fidgen and the surprise we have been keeping under our hats…the incomparable Roy Underhill! There are courses for a wide range of abilities and budgets so if you want to work with one of these talented teachers checkout our courses page.

But there is more to see: We believe that the best woodwork requires the best tools and we are really pleased to announce that we are opening our online tool shop for business. We are starting with small but exclusive ranges from Bad Axe Saws and Hamilton marking gauges. We are proud to be working with Mark Harrell of Bad Axe and Jeff Hamilton who are artisan makers who place high quality at the heart of everything they do. We are excited that New English Workshop are the exclusive distributors for these products in the UK and Europe. 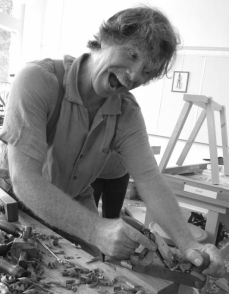 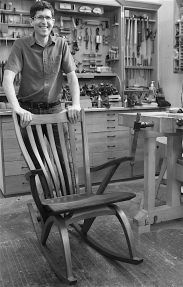 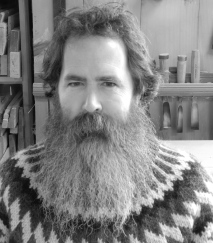 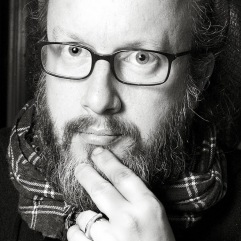 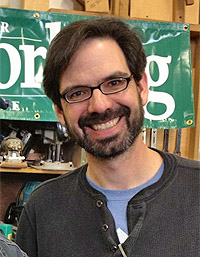 Throughout the rest of 2014 and beyond you will see further updates on more products from domestic and overseas makers that are not currently available in the UK so do check back often!

It’s been a long road to be able to make both of these these announcements. We are just plain flat-out thrilled to be able to offer a range of courses for 2015 that we believe is unmatched and tools that are the best of their type available. Finally Derek and I would like to say thank you to everyone who has supported or applauded our venture so far and believed in what we are doing here at New English Workshop.

Hi everyone – just a quick note to mention that we may be of the air for the next 72 hours or so as we are changing website (and email) providers.  So, if you do send us an email enquiry in the coming week and don’t get a response please don’t lose heart; just resend to us in a few days and we will pick it up.  Thanks for everyone’s patience while we have been making these changes, normal service will be resumed soon. 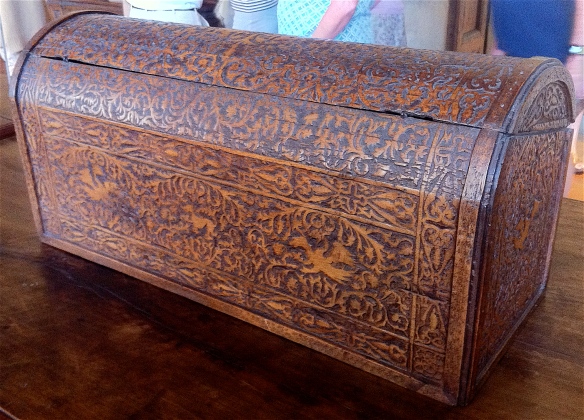 There has not been a lot of making going on recently as I have been away on holiday in Italy. After Paris, Florence is my favourite destination in Europe: Michelangelo’s David at the Galleria Academia, the masterpieces in the Uffizi, the jaw dropping artifice that went into building the Duomo and the best ice cream in Europe in the piazza outside it – what’s not to like? It also remains one of the prettiest places to walk around even if you do not spend penny number one visiting any of the galleries and museums. But if you are a woodworker what are the best things to go and take a look at?

First off is the da Vinci museum on via dei Servi. It is is only small but has working models demonstrating Leonardo da Vinci’s machines and improvements of technologies of the fifteenth century. Some of these the visitors can operate which really bring home the value of his discoveries. All, of course are made from wood the machines of da Vinci’s own time would have been.

Those in the know then head down to the Ponte Vecchio, turn left before the bridge, straight past the Uffizi and enter the small building next door to find one of the gems of Europe: the Museo Galileo: The museum houses a collection of insturments, models and machines (many of which are made in wood) and which show the huge strides made in science over the last 500 years. 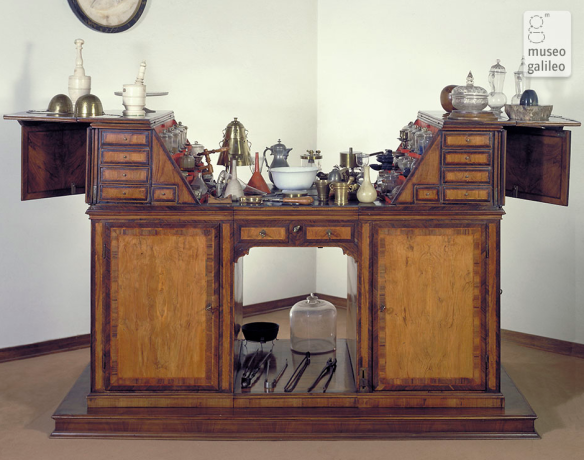 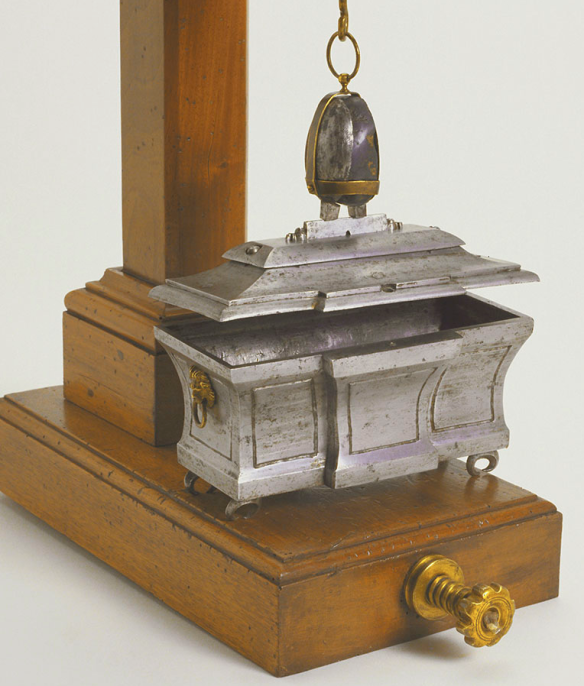 The collection includes the actual instruments Galileo used including wooden barrelled telescopes, a lodestome in brass, iron and walnut and various wooden barrelled microscopes. There are also reproductions of the instruments that Galileo used to conduct experiments in motion. There are other treasures however, the most impressive of which is the chemistry cabinet commissioned and used by the Lorraine Grand Duke Peter Leopold who installed a chemical laboratory in the Museo di Fisica e Storia Naturale of Florence. There, he personally performed experiments as a hobby. The equipment is housed in a large cabinet with walnut inlays. The cabinet opens up to form a slate working surface with three cavities, one of which is internally connected to a pedal-operated bellows for combustion and calcination operations. There are small shelves, drawers, and compartments for storing bottles of chemical preparations and assorted glassware. In addition to being a chemistry laboratory it is also a beautiful piece of furniture.

Finally, if you want some inspiration for working with Peter Follansbee on a New English Workshop course next year then visit the Palazzo Davanzati on via Porta Rossa. This houses a fantastic collection of 13th – 16th century furniture and carved boxes. The Palace, built by the Davizzi family around mid-14th century, was purchased in 1578 by the Davanzati family (their coat of arms is still visible on the facade) and remained in their possession until 1838. 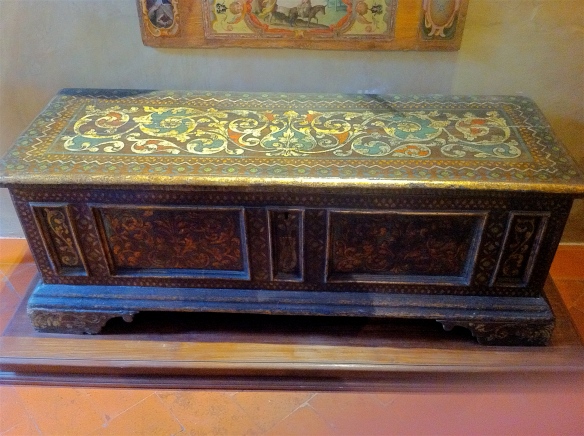 There is a full range of furniture on display including beds, chests, chairs and tables. There are also some hugely notable pieces including one of the most significant painted arms cabinets of the fourteenth century and a fearsome looking strongbox with the most intricate lock for the lid (made from Damascene steel) I think I have ever seen. 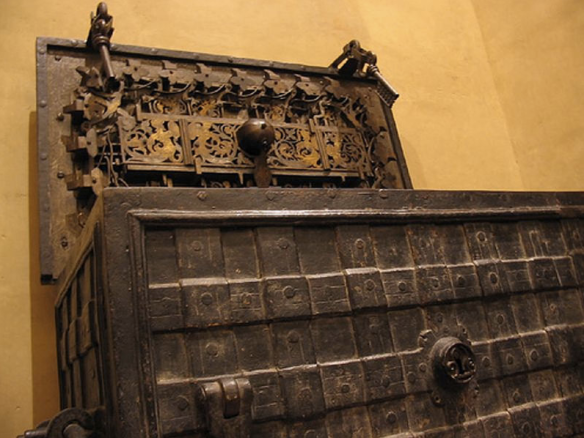 The chests and boxes would be guaranteed to bring even Peter out in a cold sweat. 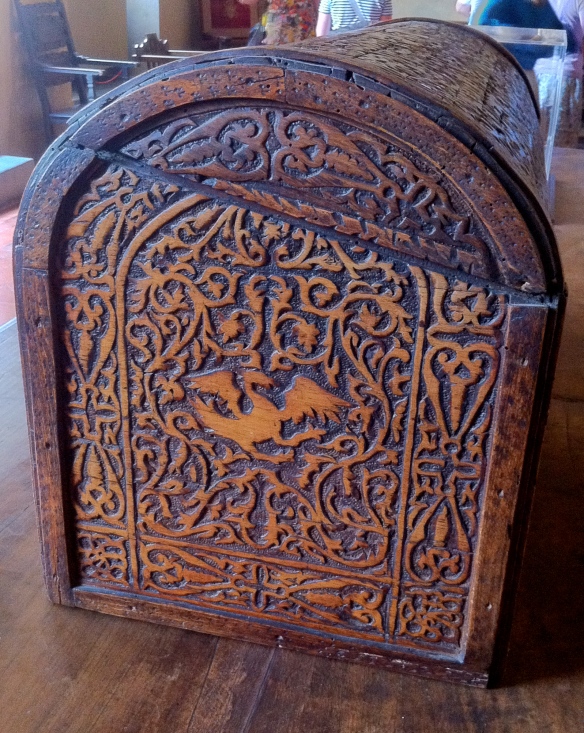 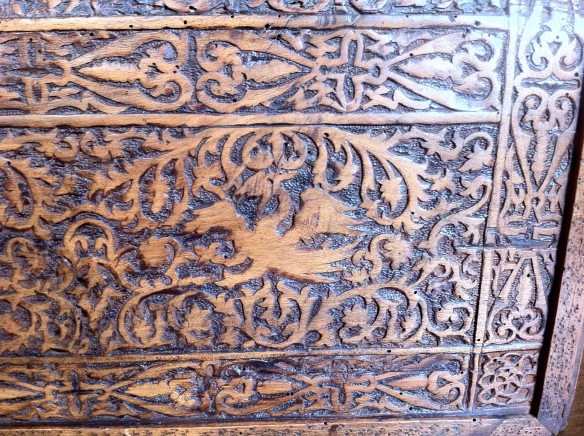 In short; Florence has an embarrassment of riches awaiting any woodworker who wants to seek them out.

Yeeeaaaaah!!! It has been long time hasn’t it? Now then, some thoughts on measuring things for a coffee break…. 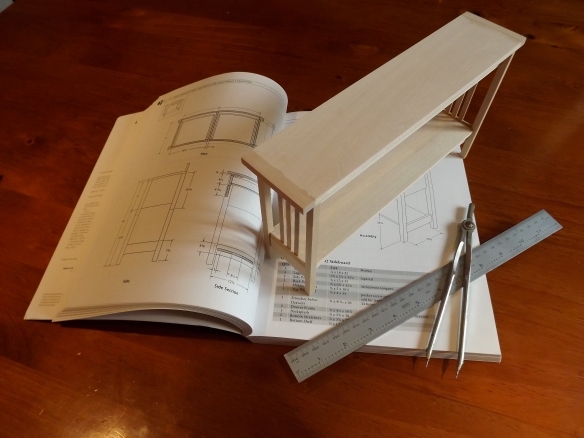 At our recent courses with Chris Schwarz building two kinds of tool chest; Dutch and Anarchic flavoured, it was clear that some people used metric measurements and others used imperial.  Actually, that is fundamentally untrue:  In reality not much was being measured at all (which is sometimes the beauty of working with the dimensions of the stock that you have). But, insofar as anything did actually get measured, I could see the two systems in use. 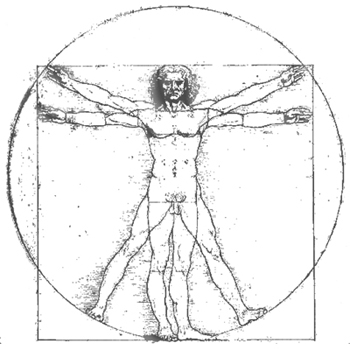 It set me thinking about how I approach the craft in terms of measurement. these days my first rule is ‘measure as little as possible’.  But when I do absolutely have to measure something when woodworking I do use both metric and Imperial interchangeably depending on what it is I am measuring. That’s odd because I use the metric system exclusively in my day job as a professional engineer and once, a long time ago (in a galaxy far, far away…) I used to scoff loudly at the ‘crazy’ Imperial system.  That was all brought to an end by a semi-retired engineer who taught me all I know about hogging things out of solid metal (The Black Art…).

Each weekend I would cycle to Barrie’s workshop and we would spend Saturday turning and milling solid metal or cutting and bending sheet. Usually this would be making things like fittings for operating theatre lights or dentists light boxes for looking at X-rays.  Invariably he would give me things to do accompanied by metric drawings. One day he gave me  a drawing in imperial and I was, to put it politely, ‘amused’ (probably in truth I was an obnoxious and condescending know it all).  Instead of “taking the ‘ump” at my irksome manner Barrie took it in his stride, made a cup of tea and sat down to tell me a story: At the start of his career in the early 1960s he worked for Hunting Defence, developing missile systems for the British effort in the cold war. At one point he was asked to attend the Paris Airshow where Mikoyan Gurevich (a.k.a MiG, a.k.a ze dastardly Russians) were showing off their latest wonder-jet; the MiG-21. The Russians allowed the Brits to walk around their new fighter, to touch it and even to take pictures but our boys were under a diktat not to measure anything. Production of any sort of measuring device when in the proximity of the aircraft  would mean that serious consequences would ensue.  Why? The Russians knew that if we were able to measure their aircraft that we could gauge its performance. So, what to do?

One of Barrie’s colleagues hit on a neat suggestion.  He pointed out that the length of a typical stride of a six foot man is a yard (3 feet). Taking strides of a metre looks unnatural but a yard looks natural for most around that height. He went on to point out that the same six footer would have an arm span of precisely the same distance, at least one of the British delegation would have shoes that were exactly a foot in length, that the distance from index finger to that heel of your hand is about six inches and that the distance to the first joint of your thumb is about an inch.  The British delegation walked around the aircraft, pacing the perimeter of its wings. they took photos with a hand on a wing, then on the fuselage and a foot next to a wheel. In short they used Imperial dimensions and at the end of it they were able to calculate the MiG21’s wing area, wing thickness, fuselage area, length, width and thereby its gauge performance with a remarkable degree of accuracy.  I stopped laughing at Imperial measurement after that and realised that sometimes using the ‘measure of man’ is the right thing to do.

All of the foregoing is, of course, a long way round of saying that each system has its place. But then I know Peter Follansbee is laughing at me because I have never seen Peter measure anything at all…

Simples: Don’t build two of them. 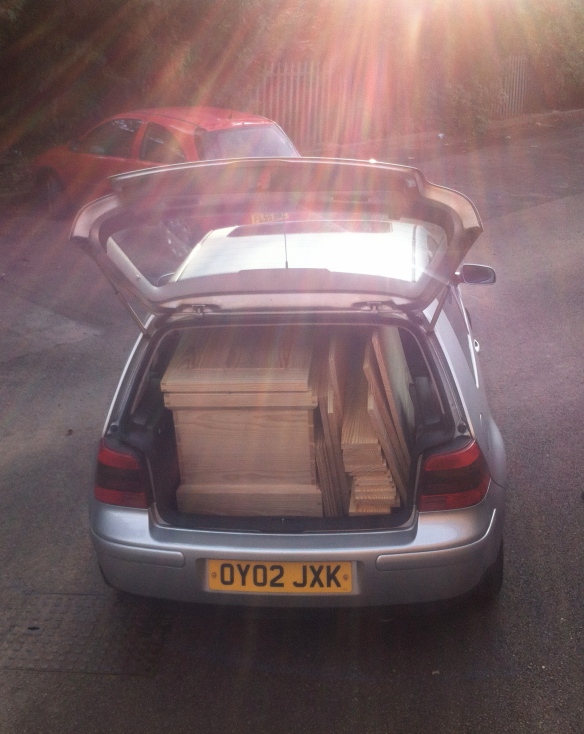 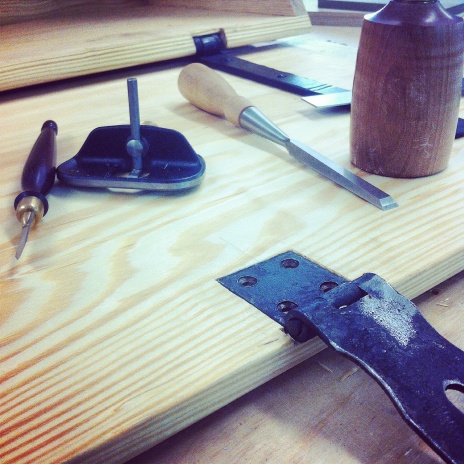 Following our Dutch Tool Chest course a couple of students let us know that on some of the hardware the rotating hasp was located the wrong way around.  The correct way around for this is shown in the picture above (provided by Ed Sutton)

The fix fortunately is relatively easy and is shown below: as supplied, the connecting pin is peened over at both ends to stop it falling out.  So to turn around the hasp:

1. File off the peening on one end.

2. Using a drift ( an old drill bit of the same diameter as the pin will do) knock out the pin as shown in picture two.

3. Turn the screwed section of the hasp around as shown in the final picture and place your drift back in to line up the assembly.

4. Simply knock the pin back in (which will punch the locating drift back out).

5. Peen the filed end of the pin back over ( in other words mushroom the head of the pin) with a hammer.

This is our fault for not spotting it on some sets of hardware. We have had our blacksmith clapped in the stocks and are pelting him with rotten eggs as I write… 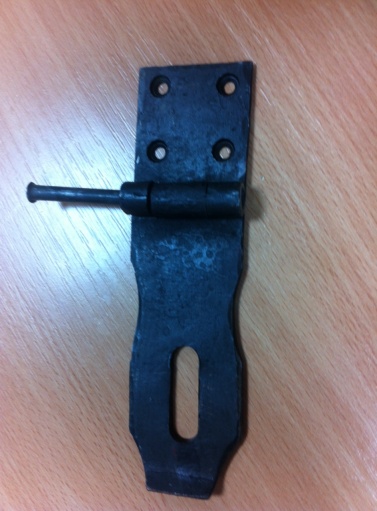 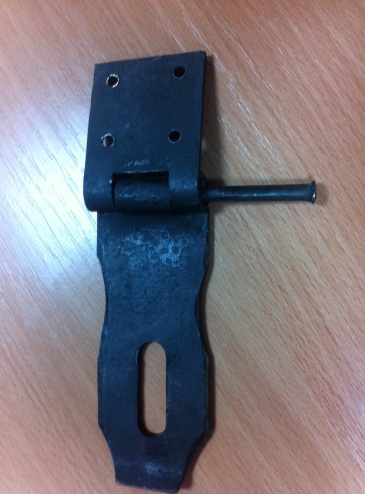